"Find someone you can be completely free, sexually, spiritually, emotionally, physically, cosmically and go wild! "

Between travesty and seduction, Nirvana deploys an inventory of iconic postures, composing a body language that collects references to various sports disciplines, classical statuary, and eroticism.
The sexual impulse towards the other, the Eros, turns into a search for connivance and transcendence, through a gesture that tends to perfect harmony.
The play opens with a series of rituals, such as preliminaries inviting the audience into a relationship of complicity and allowing the duo of dancers to enter the suspended space-time of the performance.
The sound atmosphere of the piece is created in situ, on the wire. A rough loop accompanies the succession with its rough and uncluttered convolutions while the movements slide. These movements, in fragments, follow one another like so many frozen frames, bringing the eye to detail, and then detaching it and making it embrace the figures in the countless reconfigurations of the two performers.
The notion of performance is broken down here, at times as stage performance, through the directing of the bodies, at times as dance by the diverting of codes, through reversal and metatheatre.
Individuality dissolves itself into a feeling of eternity, of infinite joy, of communion with all things. The subject and the object become one.
Cheerful, Nirvana is an ode to the meeting of the skins;
it celebrates the fluid play of bodies with uninhibited maturity.

Support : Etat de Vaud, Corodis, Loterie Romande, Pro Helvetia.
Delgado Fuchs are the beneficiaries of a grant from the State of Vaud for the pre-determined duration of the years 2017-2019. 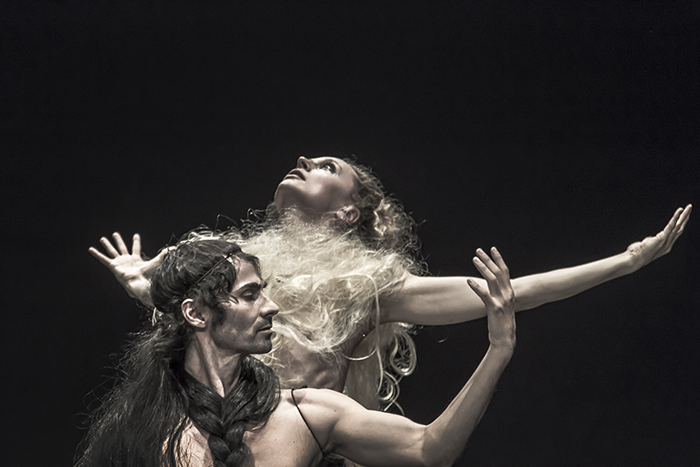 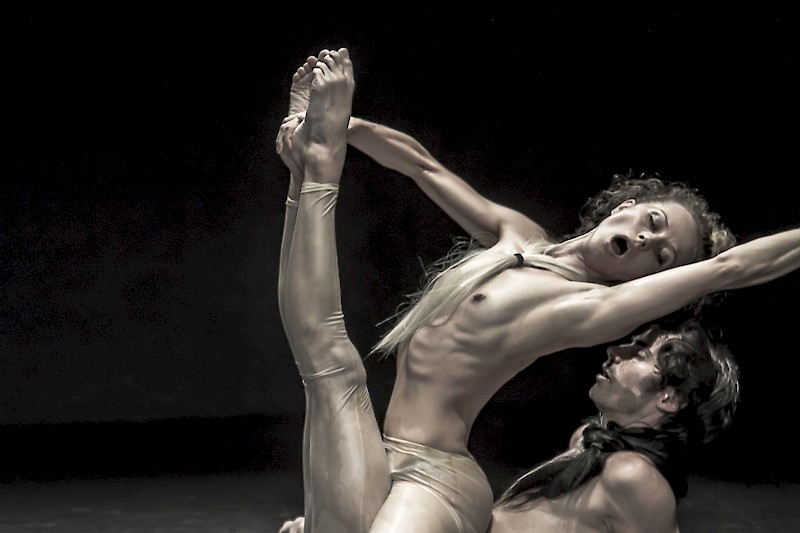